The Abbey reopens on Monday, May 18. Take advantage of the special offer! We strongly recommend buying your entry tickets online. 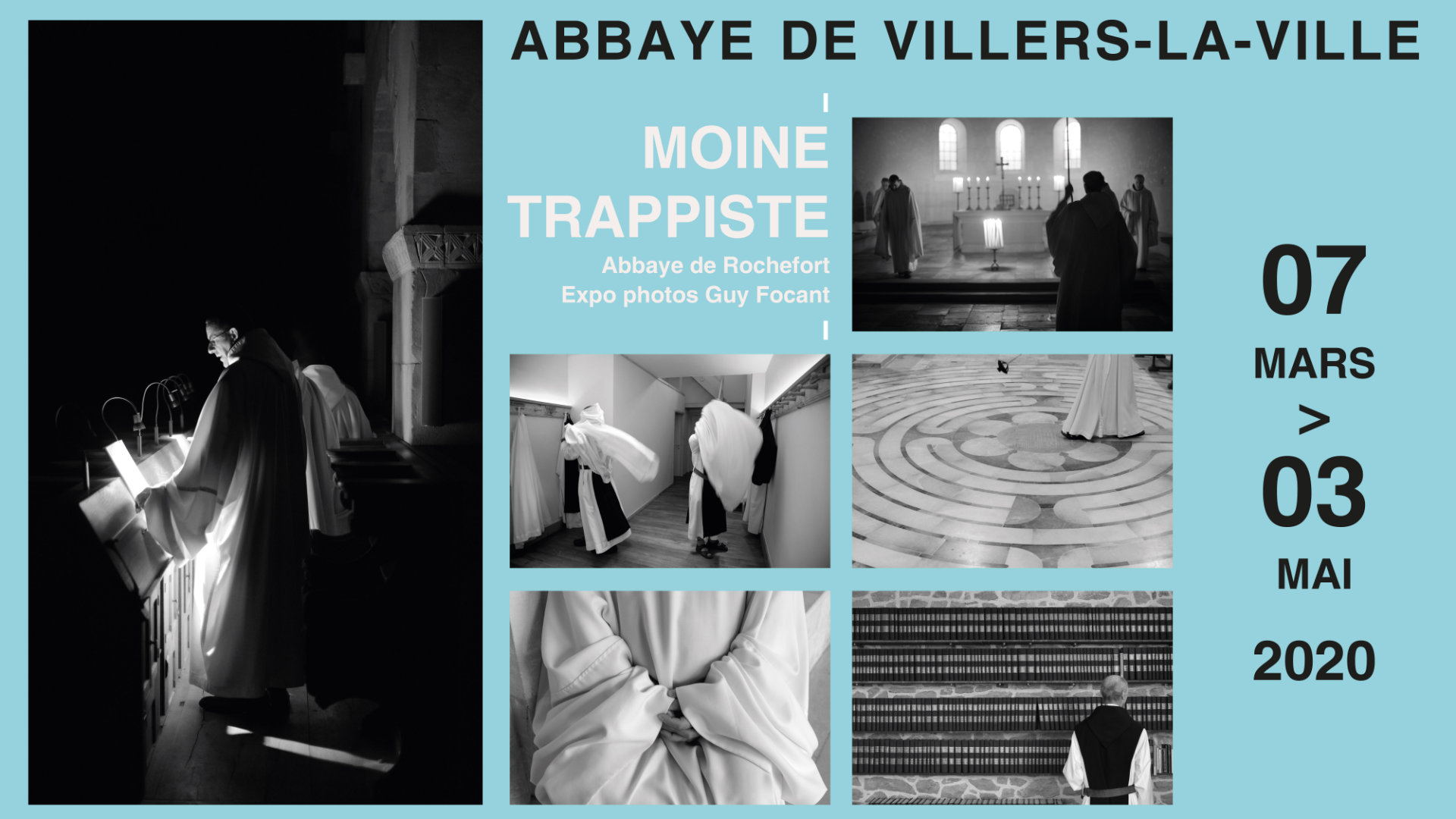 From 7 March to 3 May 2020 the Abbey is organising the photography exhibit ‘Moine trappiste. Abbaye de Rochefort’ (Trappist Monk, Rochefort Abbey) by Guy Focant.

A testimonial about the life of the monks

By great exception, the community of Trappist monks of the Notre-Dame Saint-Rémy (Our Lady of Saint Remy) of Rochefort accepted a photographer taking part in their daily lives in order to create a report, which resulted in an exhibition of 55 black-and-white photographs.

It took three years to bring this difficult exercise to a successful conclusion, taking into account both the liturgical times and the seasons. The photographic approach is enriched with a few extracts from the Rule of St. Benedict, carefully selected by Dom Gilbert Degros, Father Abbot of Saint-Rémy.

The exhibition aims to be a photographic testimonial and allows the visitor to participate in the daily life of this religious community, which is very keen to uphold a life of silence and prayer.

The Trappists and the Cistercians

The Cistercian order of Strict Observance (also known as Trappists) is generally only known to the public for the abbey beers and cheeses. It is a contemplative religious order of the Roman Catholic Church, composed by abbeys of monks and cloistered nuns who live according to St. Benedict’s Rule. They belong to the large Cistercian family, whose origins can be traced to 1098. At present, the Cistercian Order of Strict Observance comprises 2100 monks and 1800 cloistered nuns, respectively found in 96 abbeys and 66 monasteries, all over the world.

It was in the 17th century that two tendencies appeared among the Cistercians. One wanted to find the spirit of origin and Saint Benedict (known as the Strict Observance), and originated in the La Trappe Abbey in France with Abbot Rancé. The other applies the Benedictine Rules less strictly (known as the Common Observance). In passionate debates about details such as the consumption of meat, the strictness of communal life was debated after it became clear that evolution had clearly dulled the norms. The two observances were legitimately acknowledged by Pope Alexander VII. Villers Abbey was a follower of the Common Observance.

Place: inside the Roman cellar